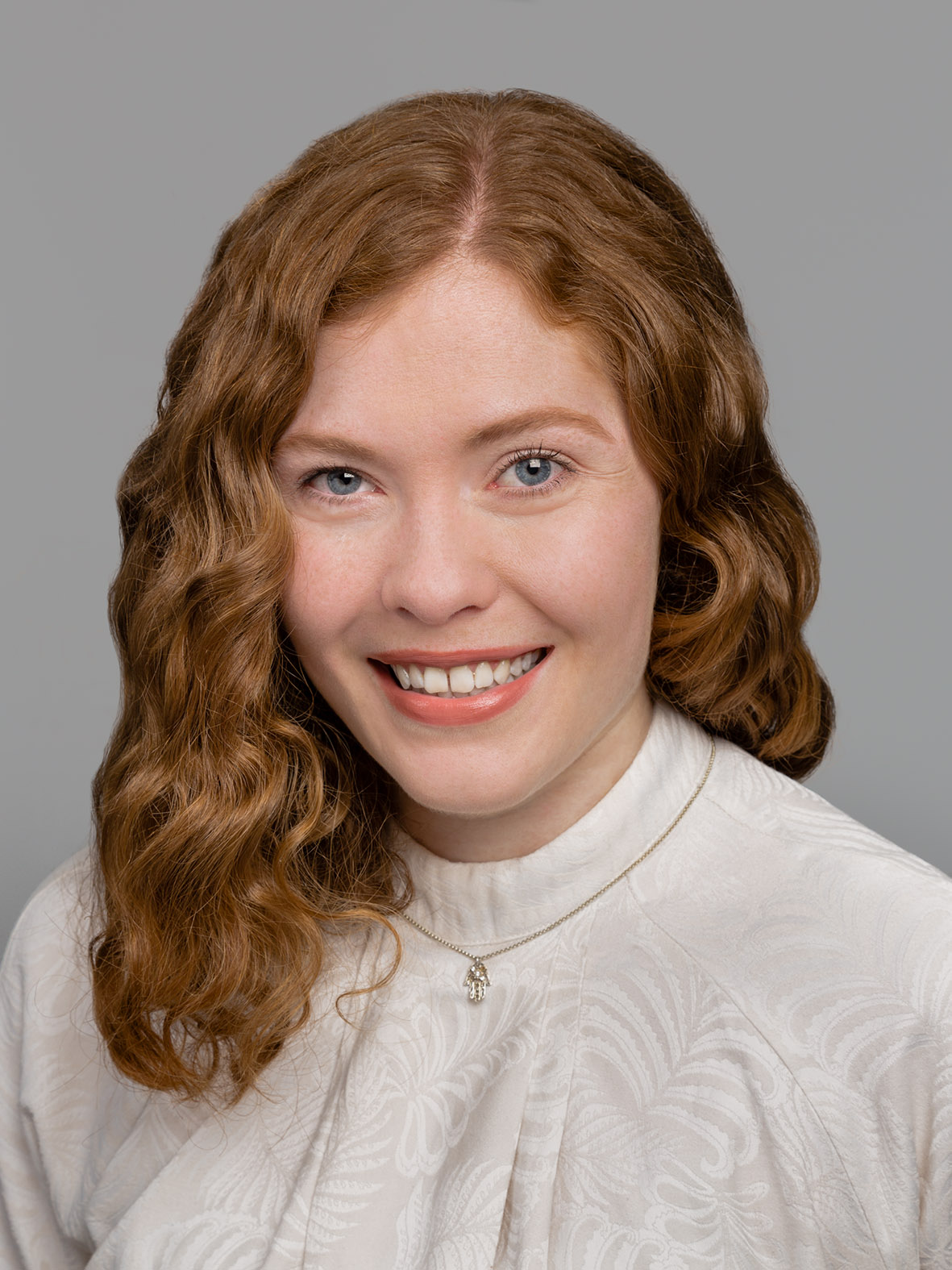 Evolucio, the LUC Alumni Association, sat down with Jasmin Cantzler, Governance Major from the Class of 2013 to talk about life after college and her work. This is part of a larger series of “portraits” of Alumni. Want to be featured, have questions for Jasmin, or about alumni in general? Do not hesitate to reach out to Evolucio via LinkedIn, Facebook or evolucio.board@gmail.com, or reach out to Jasmin directly through LinkedIn.

Hey Jasmin, thanks for sitting down with me! First of all, can you tell me about what you did right after LUC?

I went back to Germany, and did a master in public policy at the Hertie School of Governance in Berlin. This interview is actually a fantastic opportunity to say thank you to Daniela Vicherat Mattar, who encouraged me to apply. She threw this Spanish proverb at me, whose exact phrasing I cannot remember but essentially said “If you don’t apply you will always regret not trying!” – the effect was that I sat down in the study room on the very last night of the deadline, wrote an application, and ended up in Berlin. Muchas gracias por todo Daniela!

During my Masters I took a semester off to complete two internships: One at PwC in Finance and Regulation, and a second one in Public Finance and Administrative Reform at the German Development Agency GIZ. During the latter, I found myself working on climate finance – I had always wanted to work on sustainability, but back then at LUC I must confessed I was too intimated by the other two or three other people who elected that major in that year, as they were much more focused on natural sciences than I was at the time and ended up choosing governance instead.

Okay, that’s very few. How big was your year?

I think about a hundred. Sustainability wasn’t yet really popular back then. The internship opened up new possibilities for me and the realisation that even if you’re not a natural scientist, you can definitely work in that field.

When I came back to Berlin, I was determined to find my way back into that field, and found a research assistant position at Climate Analytics, where you could say I professionally grew up. After graduating I continued as a junior policy analyst and grew further in the organization over the years. Before I switched jobs in April this year, I was the project lead for several projects.

Can you tell me a bit more about Climate Analytics, what does this company do?

Climate Analytics is a non-profit climate science and policy institute. They were founded in a “quest” to make science translatable for policy makers and is filled with wonderfully kind-hearted and incredibly talented people! Its mission is to synthesise and advance scientific knowledge in the area of climate change and on this basis provide support and capacity building, in particular to small islands developing states and least developed countries. I still have a lot of love for the old crew – they do amazing work!

But you’ve switched back to GIZ now, right?

Yes. After being at Climate Analytics for around four years, I was ready for a change and a new challenge. Now I support the Federal Ministry for Economic Cooperation and Development on climate policy and, on the Ministry’s behalf, act as the German negotiator for capacity building in the UN climate change negotiations.

As we were scheduling this interview, you told me you were working on climate negotiations, how is that, and are you happy with how it has turned out?

The mid-year climate change conferences in Bonn are the technical, preparatory sessions so that during the big conferences, the one most people read about in the media, Paris, Marrakech, and later this year in Santiago de Chile, everyone is on the same page and we can work with what we have prepared. So it’s far from done yet, but for my particular negotiation item I’m quite happy. We’re ready to go to Santiago and negotiate the actual substance now.

On the other hand, there were also several topics that were much more controversial and disappointing. Especially the discussions about the IPCC special report on the impacts of global warming of 1.5 °C, which were also widely reported in the media. There were certain countries in the room who tried to question the usefulness, which in my personal opinion is just tremendously disappointing and I agree with many others on this one: You don’t negotiate science. You accept, it you welcome it. But you just don’t negotiate science.

But it’s not my first conference, and you definitely learn over the years. My first one was Paris, which ended in a turmoil of relief and euphoria and a landmark in the global fight against climate change, the inclusion of the 1.5°C temperature limit. Back then, young and naïve I thought this is it, from now on implementation and a clear direction for climate action. Then the following year we were in Marrakech, and that was when the US elections happened, followed a few months later by the announcement of President Trump to intend to withdraw from the Paris Agreement. It was a very sobering realisation but it it’s always two steps forward, one step back, push and pull and we still need to opt up our game!

So how do you stay positive?

Christiana Figueres planted that seed, with her conviction that stubborn optimism is key to success. She now has a podcast called “Outrage and Optimism” and I agree we now need both. On the one hand you need to have optimism, and you can look around and find many promising tales for that! For example, the dropping renewable energy prices, which means climate action now makes economic sense. Then on the other hand you have the Fridays for Future movement and an increasing outrage, which highlights the urgency and generate political pressure, which is really helpful. A lot of people may not realize the impact, but it has been important and does come back into the Ministries and decision making circles.

Thank you for that. I’ll definitely check out the podcast, and hopefully some of our readers do too. If someone else wanted to take a similar path to what you’ve done, working in climate negotiations, what would your recommendation to them be?

For me with a governance background it was very helpful to get a proper scientific understanding of where we need to go. There are definitely a lot of challenges to translating this to policy, but it is important that you fully understand it. If you work in policy, it is good that you know that science can really help you if you can use it. So read the IPCC reports, and see how it reflects on your current case and how you can apply it.

Putting the last question upside down, what would you say is most important for the people with a more science-based background to succeed in the policy world?

I would say it is important to understand how the policy process works. What are the arguments that are interesting enough to help your agenda. For example, with regards to the climate, your first instinct is to talk about saving the climate. But for many people and ministries, that isn’t their main prerogative. Maybe then it is about the benefits to employment, economic growth or energy security? You have to find your entry points, like air quality in China for example. And to do that successfully, you need to understand how the policy process works.

You mentioned before that you used to be young and naïve. What was something you only really learned on the job, or learned at school and had to “unlearn” in the real world?

Well the naïve part was more specifically in regards to coming home from the Paris climate change conference. I’d say leaving the bubble (how LUC was sometimes called in our year) and entering the “real” world, one has to mix and match much more diverse perspectives.

So what would be your advice, for speaking to people with very different opinions?

Well I think LUC branches out in so many different ways, and because of its interdisciplinary nature we speak many different “languages” and that’s a very good advantage. So use that to put yourself in other people’s shoes, and see things from their perspective and connect to it.

Adding to that, what else do you see as the real strengths of having done LUC for your Bachelor’s?

The interdisciplinarity of it, although it made applying for Masters harder in Germany, really helps me now. For a lot of things, you don’t have to be an expert. Just understanding a few basic economic principles, or having taken a few classes on public health, helps you navigate very different spaces.

Next to that on a more personal level, in our first year we were given a lecture on time and stress management by Cissie Fu (a professor no longer at LUC), which I think back to even nowadays. If you can’t focus anymore you need to take a break, simple as that. Otherwise you just waste time, it is not productive and helps no one. And that’s definitely a lesson I remind myself of even now.

Finally, do you have any advice for our recent graduates?

The life advice question, I still don’t feel licensed for that one! Just before I left Berlin, my student assistant at Climate Analytics asked me the very same question. So I gave him a copy Dr. Seuss’s All the places you will go [laughs]. On a more serious note, if I learned anything over the years then that it is about showing up for yourself and continue to put yourself in the places that take you out of your comfort zone! So keep going y’all!